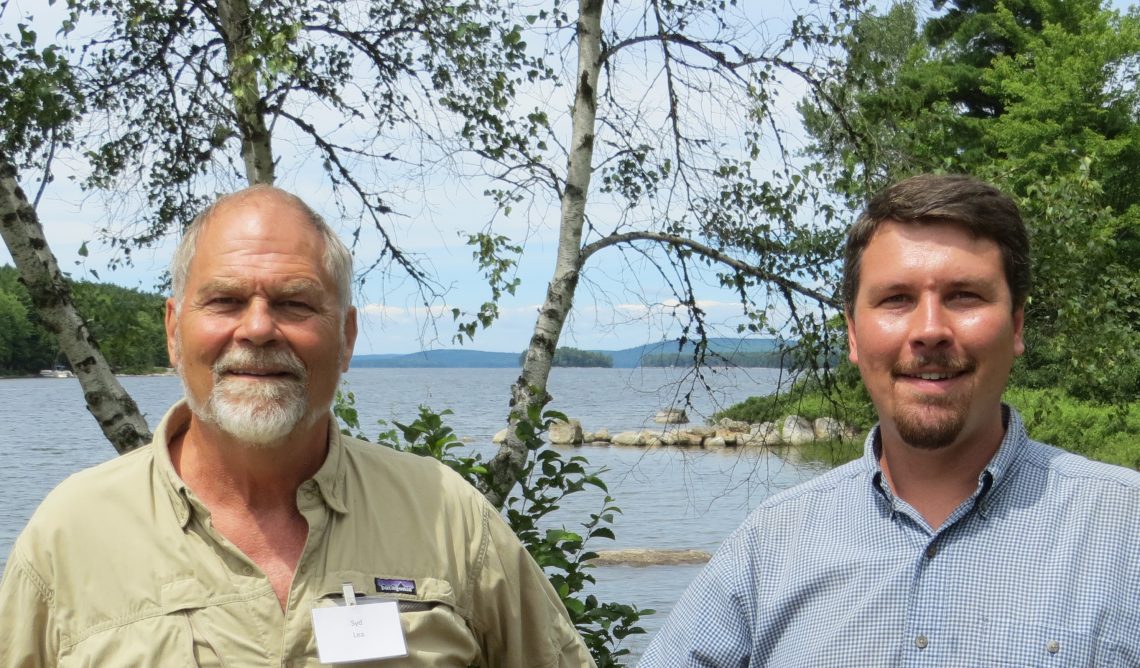 At Downeast Lakes Land Trust’s Annual Meeting and Picnic in late July, Sydney Lea stepped down from his role as President of the Board of Directors, and David Montague has now stepped into that position.  Executive Director since 2014, Montague will now serve as President & CEO of Downeast Lakes Land Trust.  This change will allow DLLT to streamline decision making processes and further support its motto of “Forests and Lakes – For People – Forever®.”  In remarks at the Annual Meeting, Montague thanked Mr. Lea for his years of service as President, including pivotal leadership of the West Grand Lake Community Forest Project, which succeeded in raising more than $19 million for the purchase of the 22,000-acre tract.  “To inspire a group of people to give of themselves to conserve a beautiful landscape,” said Montague, “you have to tell a story that resonates with people on a spiritual level, and I can think of no one who tells DLLT’s story as eloquently, or as soulfully, as Syd… As he steps down from this position, I’m comforted by the fact that he will continue to tell our story through his ongoing service on the Board of Directors.”

Of his appointment as DLLT’s President and CEO, Montague said, “I’m very honored by the show of faith represented by this decision of the Board… The transition from a hands-on, working board to an advisory, policy-making board is typically a sign of maturity in a land trust, and as we mature we want to remain efficient, cost-effective, and productive as an organization.  This transition will help us achieve those goals.”

Throughout the fall and winter of 2018/2019, the DLLT Board and staff will undertake a strategic planning process to further refine long-term goals for the organization, seeking improved efficiency and continuing DLLT’s tradition of good governance.  DLLT’s mission to contribute to the long-term economic and environmental well-being of the Downeast Lakes region remains unchanged.