The opportunity to protect and manage wildlife habitat was one of the strongest motivations to create the Downeast Lakes Land Trust. Timber management is our most powerful tool to continue to provide diverse wildlife habitat. Our goal is to sustain habitat for the full-range of native wildlife across our landscape and over time.

We integrated our timber management and wildlife habitat goals through a “Focus Species Forestry*” planning process. Using Focus Species Forestry, every acre of the community forest is managed to provide habitat for one – or multiple – “Focus Species”. These focus species act as “umbrellas” for the conservation of a range of other wildlife and plant species that have similar habitat needs. 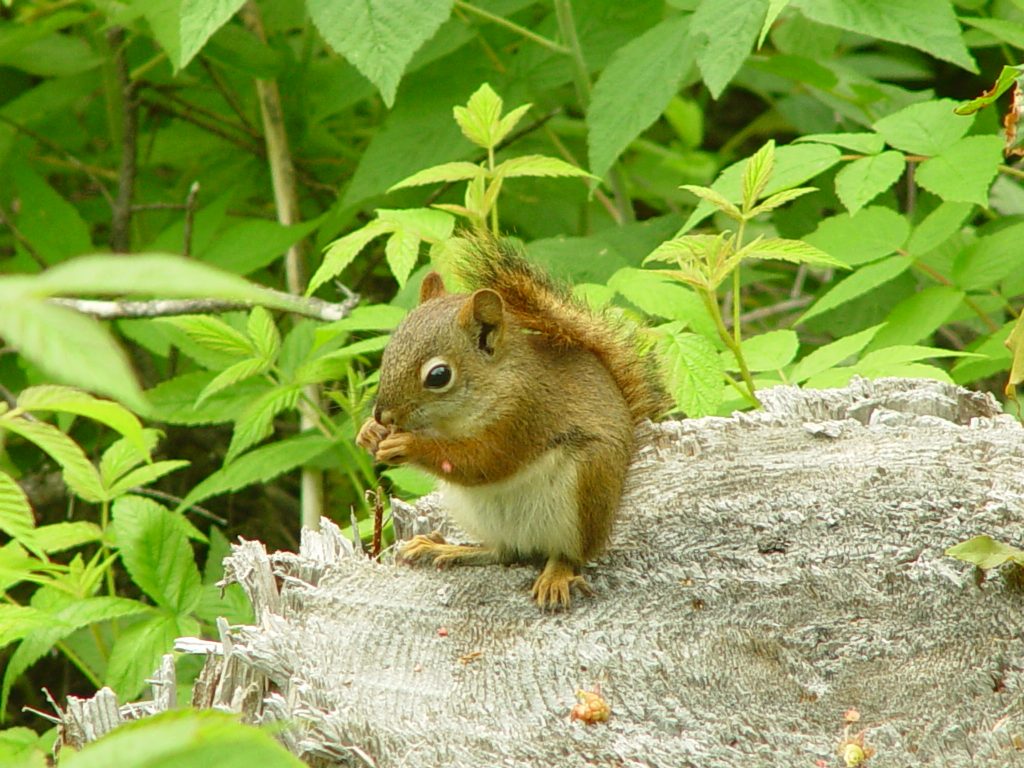 For example, white-tailed deer is one of our focus species. Deer in our region require mature, closed-canopy conifer forest for winter cover, and the availability of this cover is a limiting factor in the growth of local deer populations. In areas managed for this focus species, management goals seek to enhance the growth rate of conifers such as cedar, hemlock, and spruce toward a mature forest structure. However, by managing for this type of habitat, we are benefitting a number of other species that use mature conifer forests including American marten, fisher, northern flying squirrel, spruce grouse, and barred owl.

The selection of focus species is highly important to ensure all potential needs of local wildlife are provided for, and DLLT consulted with wildlife biologists and ecologists from state and federal agencies, university researchers, and private consultants before finalizing the selection. Our list of focus species includes:

We are confident that by following this focus species approach we will provide habitat for the full range of native wildlife. We hope that this project, and our management, will serve as a model for other landowners who are interested in integrating biodiversity goals with other forest management objectives. 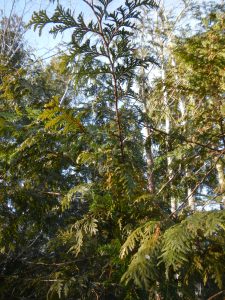 We have created small patches of early-successional habitat in six areas of the Community Forest since 2006. These young forests are important habitats for woodcock, grouse, and many other species.  Maintaining a balance between ecological protections and habitat stewardship is at the heart of the work of DLLT.

We promote mature, closed canopy conifer forests through various thinning and selective harvesting techniques. In these areas, we encourage growth of species such as cedar, hemlock, spruce, and fir by removing competing species and thinning densely-packed stands to stimulate growth.

In all of our timber harvests, we leave wide unharvested riparian buffers along streams, lakeshores, and vernal pools to protect water quality and natural corridors for wildlife movement. We leave “snags” or standing dead trees as “cavity trees” that provide habitat shelter for a variety of small mammals, cavity-nesting birds, and even black bears. We avoid harvesting trees such as oak and beech that produce “mast” to feed wildlife, and we take steps to reduce soil disturbance and erosion.

Our wildlife habitat work doesn’t end with timber management. For example, brook trout is our focal species for cold-water streams. Our management plan protects wild brook trout habitat through riparian buffers that protect the trees that shade streams. The network of forest roads was built before widespread awareness of the needs of trout and other aquatic wildlife. Most stream crossings used culverts that were too small or not properly placed to provide fish passage and risked failure during high stream flow. DLLT is working to replace these older culverts with bridges or bottomless arches that provide a natural stream channel, with passage for brook trout, Atlantic salmon, and other aquatic wildlife. To date, DLLT has restored 35 road-stream crossing sites.  Restoring free access to habitat is essential to protecting populations of wild brook trout. Maine has >80% of the remaining U.S. native stocks of brook trout, making our local efforts significant nationally. 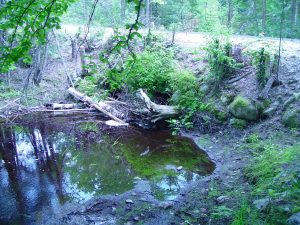 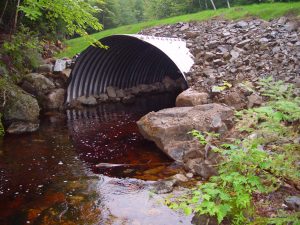 There are two designated ecological reserves within the Downeast Lakes Community Forest, totaling approximately 10,600 acres. These areas are not harvested for timber or actively-managed, and therefore, over time they will mature to form an expansive, old-growth forest governed by natural cycles of disturbance and succession. These areas also protect some of the most sensitive ecosystems and wildlife habitats in the community forest. Minimal motorized use further protects the wilderness values of this area, offering visitors a chance to experience the Downeast Lakes as earlier generations did. Non-motorized use – including hunting, fishing, and camping in designated areas – is encouraged within the ecological reserves, but please tread lightly and be mindful of the sensitivity to human disturbance of some ecosystems, such as wetland areas and nesting bird habitats. These ecological reserves complement the hundreds of thousands of acres of conserved working forest that surrounds them, ensuring a mosaic of forest types and age classes that are representative of the diverse character of the Downeast Lakes region. 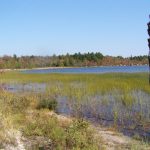 The 3,500-acre reserve is centered around Fourth Machias Lake and Dead Stream Heath, and includes a component of the surrounding forest. This portion of Downeast Lakes Community Forest was selected for the location of a reserve for the following reasons: 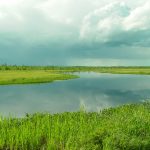 The 7,100-acre reserve includes the Big Musquash wetlands complex, 5.5 miles of shoreline on the eastern shore of West Grand Lake, and buffering upland ecosystems. This area was selected for the following reasons: