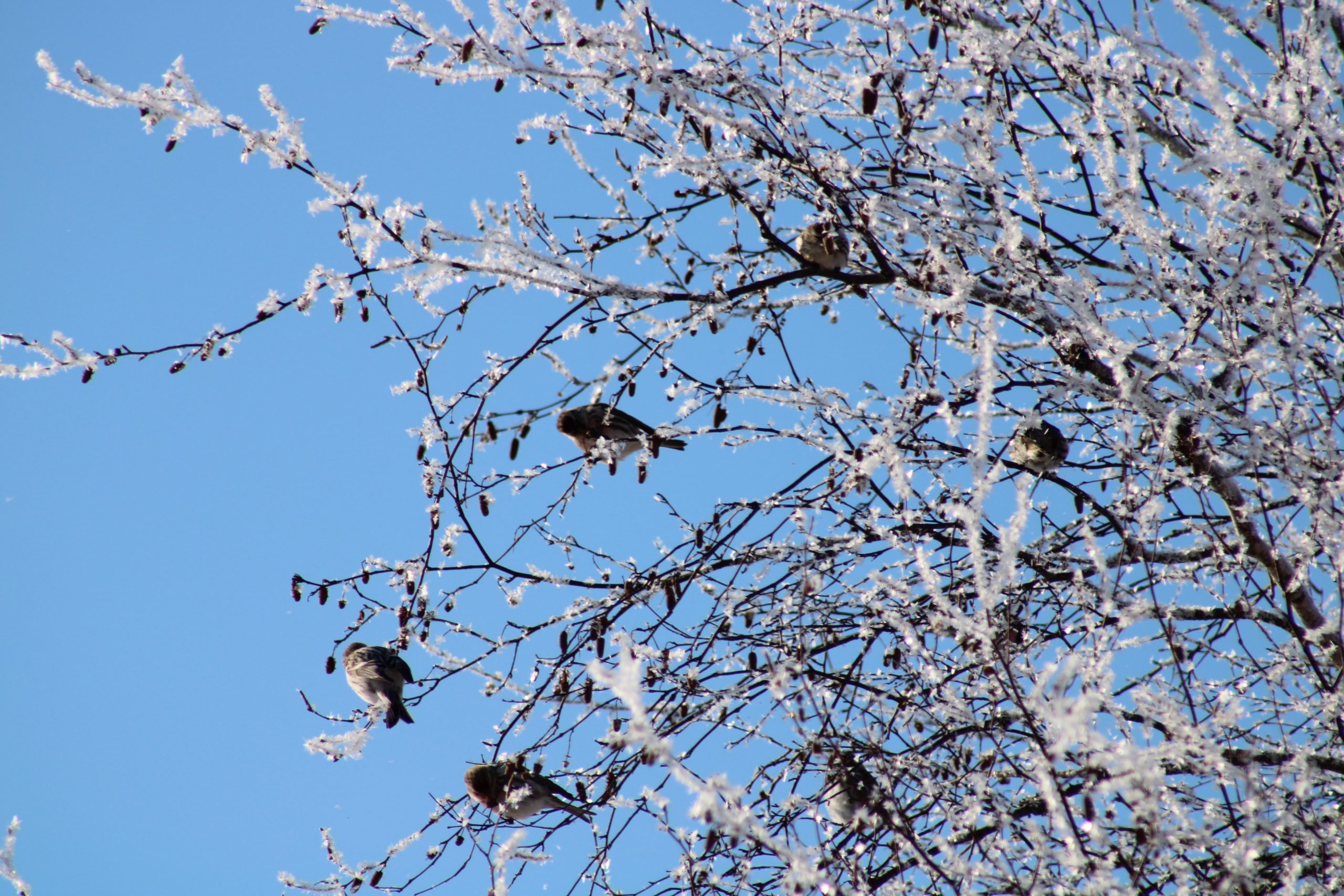 Beginners and experts are welcome to come count birds during this annual event! Meet December 15th at the DLLT office at 4 Water St, Grand Lake Stream at 8am for instructions on participating. The Christmas Bird Count is the nation’s longest-running community science bird project, which fuels Audubon’s work throughout the year.

The following information has been copied for your convenience and pleasure from the Audubon’s website at: https://www.audubon.org/conservation/history-christmas-bird-count.

Prior to the turn of the 20th century, hunters engaged in a holiday tradition known as the Christmas “Side Hunt.” They would choose sides and go afield with their guns—whoever brought in the biggest pile of feathered (and furred) quarry won.

Conservation was in its beginning stages in that era, and many observers and scientists were becoming concerned about declining bird populations. Beginning on Christmas Day 1900, ornithologist Frank M. Chapman, an early officer in the then-nascent Audubon Society, proposed a new holiday tradition—a “Christmas Bird Census” that would count birds during the holidays rather than hunt them.

So began the Christmas Bird Count. Thanks to the inspiration of Chapman and the enthusiasm of 27 dedicated birders, 25 Christmas Bird Counts were held that day. The locations ranged from Toronto, Ontario to Pacific Grove, California with most counts in or near the population centers of northeastern North America. Those original 27 Christmas Bird Counters tallied around 90 species on all the counts combined.

CBC in the Modern Era

Each November, birders interesting in participating in the CBC can sign up and join in through the Audubon website. From December 14 through January 5 each year tens of thousands of volunteers throughout the Americas brave snow, wind, or rain, and take part in the effort. Audubon and other organizations use data collected in this long-running wildlife census to assess the health of bird populations, and to help guide conservation action.

How the Christmas Bird Count Helps Protect Species and Their Habitat

The data collected by observers over the past century allow Audubon researchers, conservation biologists, wildlife agencies and other interested individuals to study the long-term health and status of bird populations across North America. When combined with other surveys such as the Breeding Bird Survey, it provides a picture of how the continent’s bird populations have changed in time and space over the past hundred years.

The long term perspective is vital for conservationists. It informs strategies to protect birds and their habitat, and helps identify environmental issues with implications for people as well.

What Conservationists have learned through Christmas Bird Count data