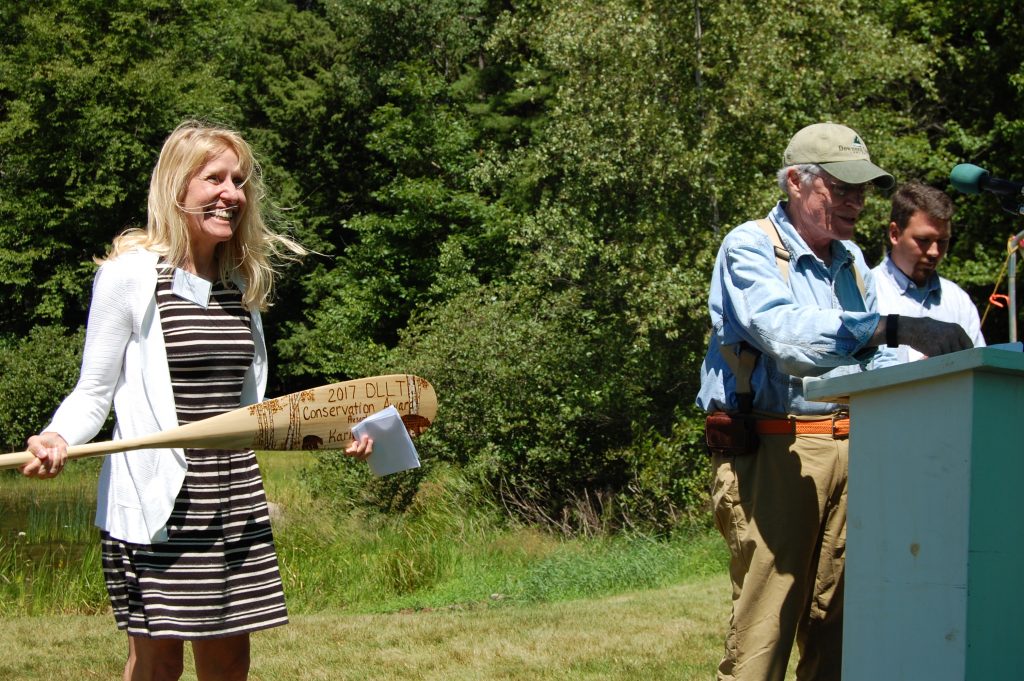 “Karin’s conscientious and thorough understanding of the complexities involved in conserving land for diverse interests has served DLLT and Maine’s conservation community throughout her career,” said DLLT Executive Director David Montague.  “She truly embodies the DLLT commitment to ‘Forests and Lakes, for People, Forever!’”

“This is such an honor,” said Karin.  “I’m very humbled and very grateful for this award.” 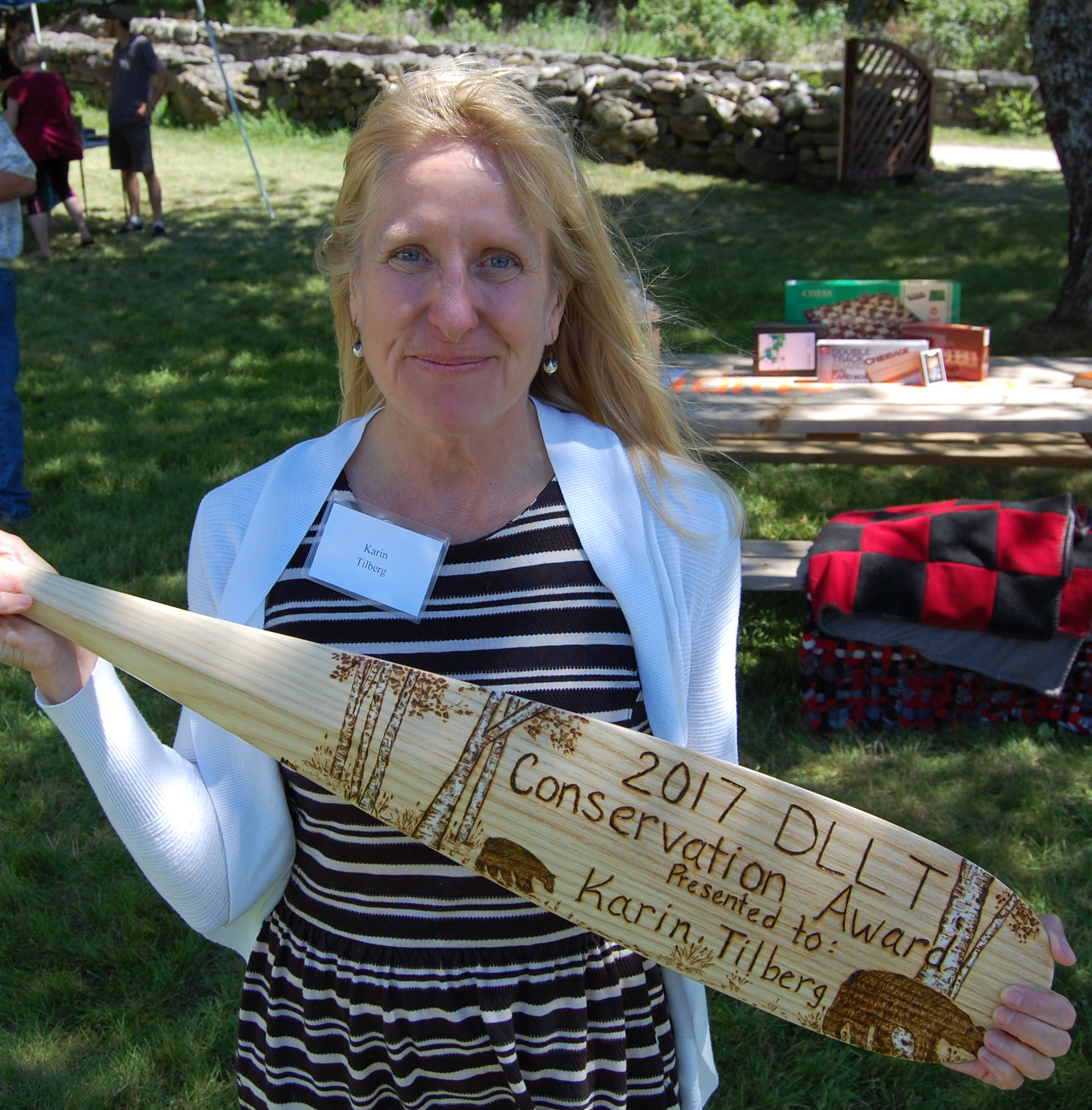 In accepting the award, Karin reflected on the early days of the Downeast Lakes Land Trust, and noted how courageous local residents were in the face of a changing landscape and daunting challenge.  “I’ve seen acts of courage in my professional life, but this was at the top.  And it continues today.”

Karin was awarded a white ash canoe paddle, handmade by local craftsman Dale Tobey and wood-burned by Michelle Burke, a Grand Lake Stream artist.  The Downeast Lakes Conservation Award was created to honor those who have made extraordinary contributions toward the long-term economic and environmental well-being of the Downeast Lakes region of Maine.