“From the launching of the Downeast Lakes Forestry Partnership in 2002, through the very recent acquisition of the West Grand Lake Community Forest, the late Mrs. Sewall and the Sewall Foundation have simply been essential,” said Lea.  “DLLT has had no better ally in our fifteen years of existence.” 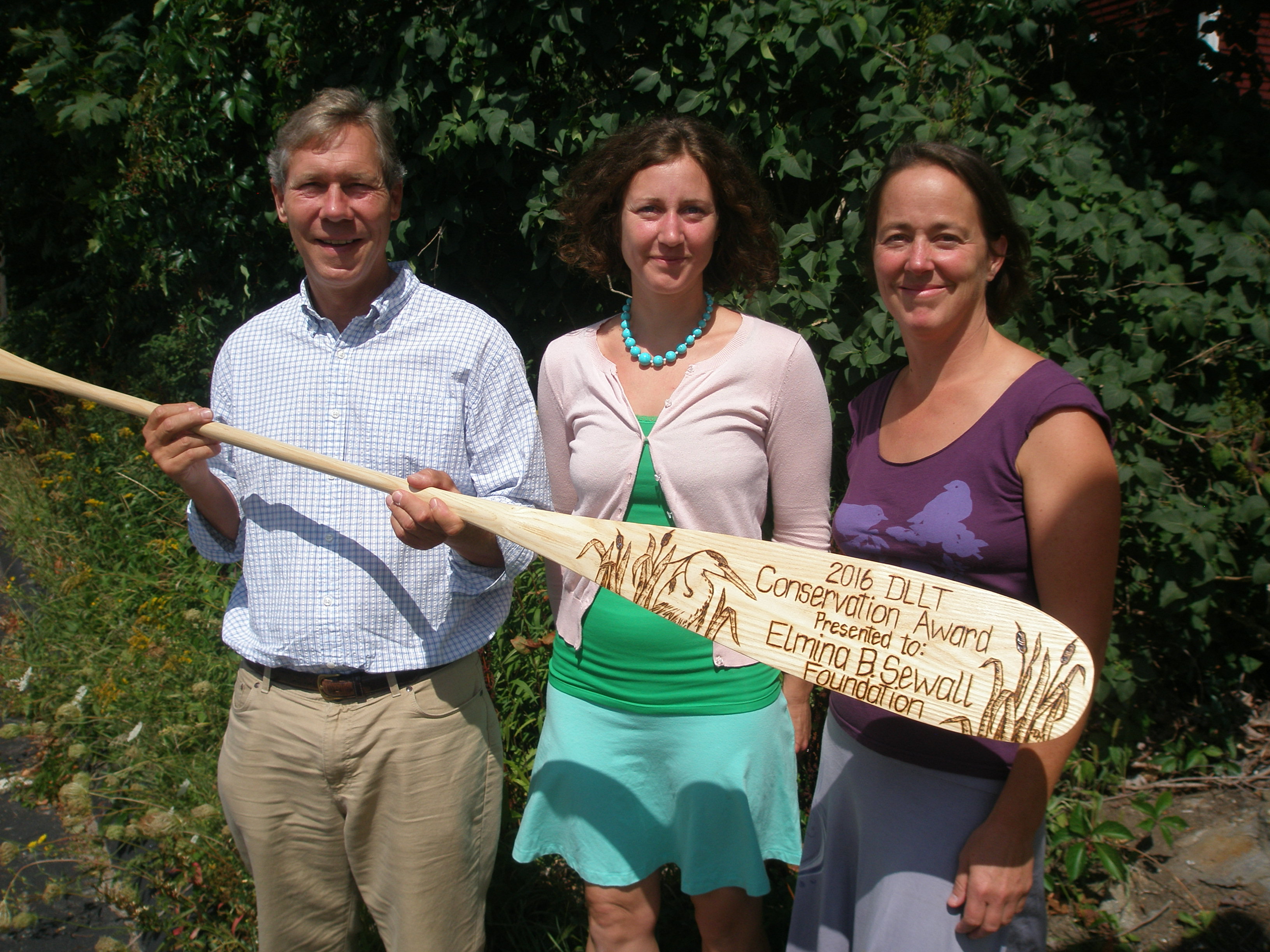 Lea went on to speak with special recognition and acknowledgement of Jay Espy, the foundation’s Executive Director.

“We are especially grateful to Sewall’s Executive Director, Jay Espy, who has long been our friend in every possible meaning of that term, freely granting us counsel, encouragement, and goodwill at every turn. He has long been as reliable and obliging a mentor as any institution could ever desire.”

The Sewall Foundation has contributed to several DLLT campaigns, including the Downeast Lakes Forestry Partnership, the Wabassus Lake Project, and the West Grand Lake Community Forest Project.  The foundation also provided generous support for the creation of DLLT’s Forest Management Plan, a document that is critical to DLLT’s sustainable forestry program.  Sewall’s Healthy People, Healthy Places program improves the well-being and prosperity of all Maine people and the environment in which they live.  This grant program aligns with DLLT’s mission and helps to further protect the natural and cultural history of the Downeast Lakes region.

“[Downeast Lakes Land Trust’s conservation vision] was a project that Mrs. Sewall had personally known about and supported during her life,” said Espy.  “We were really delighted and honored to be given this conservation award and to work with such a well-led organization.”

The award was a white ash canoe paddle, handmade by local craftsman Dale Tobey and wood-burned by Deb MacMichael, a Grand Lake Stream artist.  The Downeast Lakes Conservation Award was created to honor those who have made extraordinary contributions toward the long-term economic and environmental well-being of the Downeast Lakes region of Maine.

Founded by the late Elmina B. Sewall in 1982, the Sewall Foundation supports work in Maine to improve the well-being of people, animals and the environment while fostering relationships that strive for social equity and community resilience.