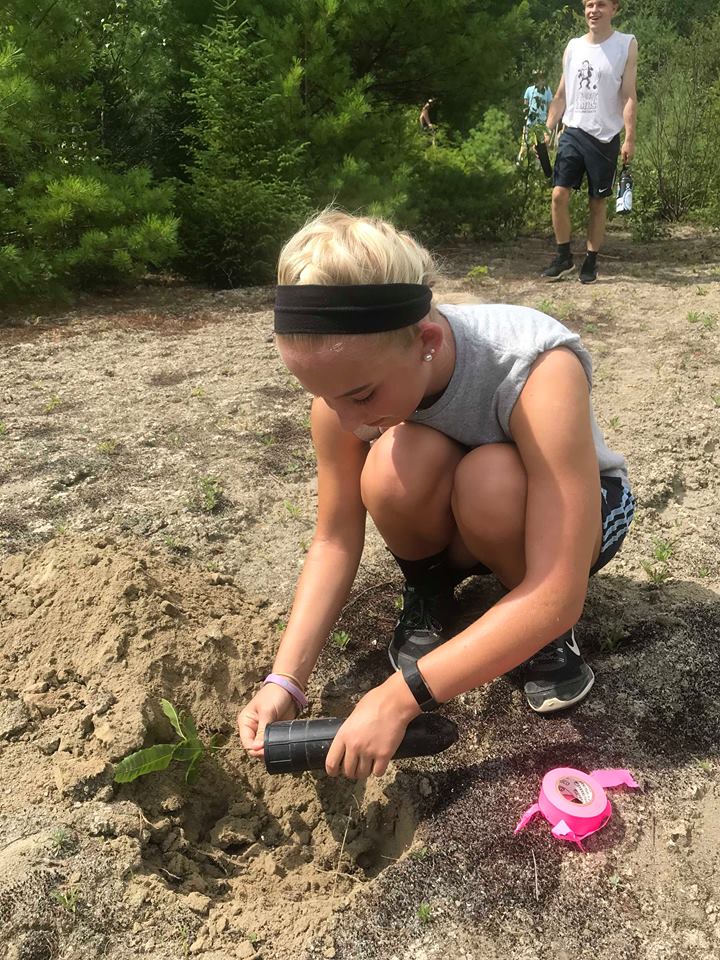 Over the summer, Downeast Lakes Land Trust (DLLT) was the recipient of a generous donation from The American Chestnut Foundation (TACF) of 50 seedlings to plant in the Downeast Lakes Community Forest.  However, these were not your average tiny trees.  These American chestnut (Castanea dentata) seedlings are the product of years of hard work and dedication to bring this once-widespread species back, and to encourage the regeneration of chestnuts in eastern American forests.

“At the beginning of the 20th century, the fungal pathogen responsible for chestnut blight (Cryphonectria parasitica) was accidentally imported into the U.S. from Asia. It was first detected in New York in 1904, spreading rapidly throughout the eastern forests. As a wound pathogen, the fungus enters the tree through an injury in the bark. It spreads to the underlying vascular cambium and wood, killing these tissues as it advances. The flow of nutrients is eventually choked off to and from sections of the tree above the infection, killing the tree above ground. By 1950, the fungus had eliminated the American chestnut as a mature forest tree.” – The American Chestnut Foundation 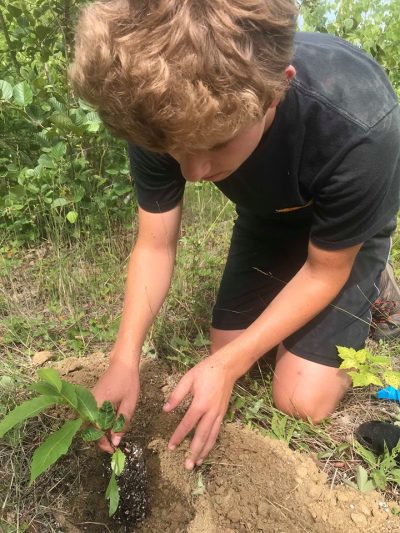 Through intensive, selective breeding with blight-resistant Chinese chestnuts (Castanea mollissima), these American chestnut seedlings contain 94% on average of the genomic stock of the original trees, retaining nearly all the external attributes of the American chestnut while gaining the valuable genetic material needed to resist chestnut blight.  TACF partners with many businesses, organizations, and landowners to help with their efforts to restore this mighty tree to the eastern forests.

Downeast Lakes Land Trust selected a favorable site along the Musquash esker, and recruited several young folks from Grand Lake Stream to help plant the trees.  GPS coordinates were marked, and the saplings were placed in their new home on a bright and sunny August day.  The young volunteers were excited to learn about the history of the American chestnut, and hopeful that their hard work will pay off in the years to come.  DLLT staff and volunteers will monitor the progress of these trees and continue to assist The American Chestnut Foundation in their restoration efforts.  To read more about TACF’s bold mission, please visit www.acf.org.